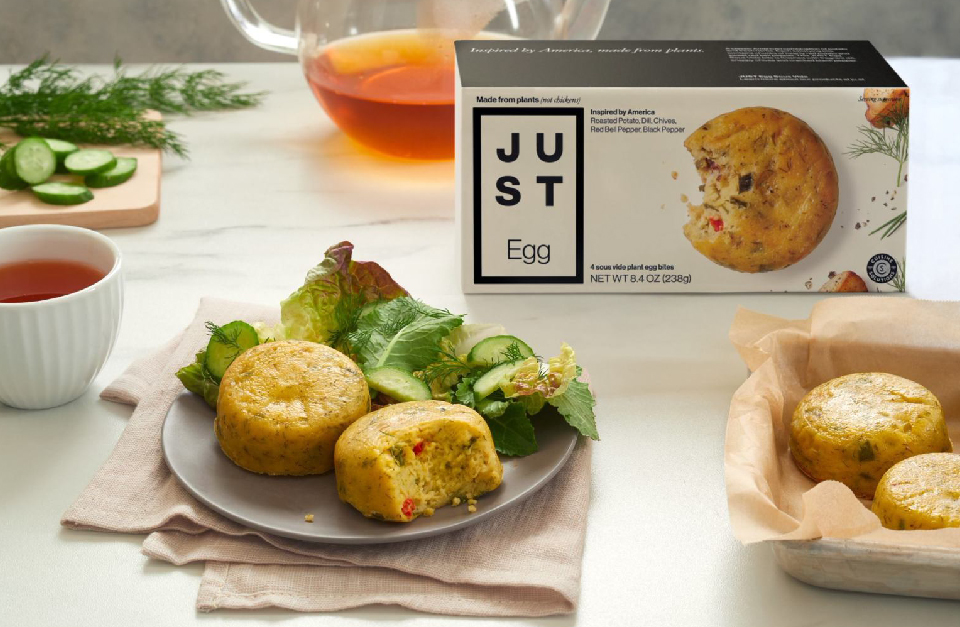 According to a press release sent to The Spoon, Cuisine Solutions will produce the Sous Vide bites, which will arrive in the frozen food section of grocery stores in March. Customers will be able to choose from four different varieties, each based on a different geographical region and flavored with plants known to that area. They include America (potato, dill, chives, red and black pepper), India (curry, broccoli, cauliflower, coconut milk, lemongrass), Japan (mushroom, yams, togarashi, soy, tamari), and Mexico (poblanos, chipotle chile powder, black beans, corn, lime). The bites will be sold in boxes of four.

The other major ingredient, of course, is mung bean protein, which is the key ingredient for all of Eat Just’s plant-based egg products.

Yours truly got the opportunity to try all four flavors recently. The flavor variety — which is executed well — is probably the biggest draw, as the ingredients are a welcome change from the usual cheese-tomato-spinach-or-basil mix that’s in most sous vide egg bites out there. Also, if you’re like me and constantly forget to cook breakfast, they’re a very easy plant-based solution. (Personal fave flavor: Mexico.)

The bites can be heated in a toaster, microwave, or conventional oven.

Eat Just hasn’t yet said which retail stores the product will debut at come March, nor how much each box will cost. (Those interested in getting those details can get updates here.)

Alongside the continuing evolution of its plant-based products, Eat Just has also hit a couple major milestones where its cell-based protein business is concerned. At the beginning of December, the company got the world’s first-ever regulatory approval to sell cultured meat, specifically in Singapore. The company followed that news up with the first actual sale of its GOOD cultured chicken bites at an upscale restaurant in the city-state.

Eat Just CEO Josh Tetrick has suggested in the past that the company will continue developing both plant- and cell-based lines of business, rather than focusing solely on one approach over another.